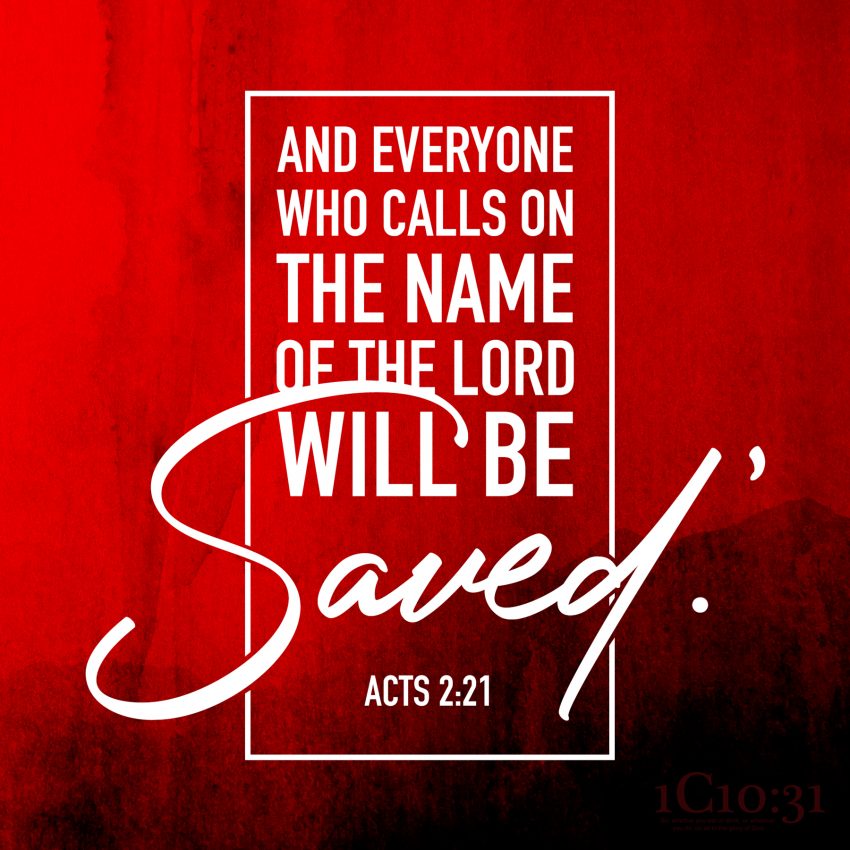 And everyone who calls
on the name of the Lord will be saved.’

However, I consider my life worth nothing to me; my only aim is to finish the race and complete the task the Lord Jesus has given me—the task of testifying to the good news of God’s grace.

“The God who made the world and everything in it is the Lord of heaven and earth and does not live in temples built by human hands. And he is not served by human hands, as if he needed anything. Rather, he himself gives everyone life and breath and everything else. From one man he made all the nations, that they should inhabit the whole earth; and he marked out their appointed times in history and the boundaries of their lands. God did this so that they would seek him and perhaps reach out for him and find him, though he is not far from any one of us. ‘For in him we live and move and have our being.’ As some of your own poets have said, ‘We are his offspring.’

I can believe and say that I’m an American (for example). But unless I have the American passport or ID, I’m not an American… it confirms my belief and confession.

There is also a proof of our identity as Christians.

Faith or belief and reliance on Jesus Christ, especially for salvation, is essential. The word of God says that whoever confesses the Lord Jesus with his mouth and believes in his heart that God raised him will be saved.

But there needs to be evidence that my words are not empty and that my belief is real. Jesus said even demons believe and shudder. The apostle James challenged to say that our faith must prove itself with our works.

Let’s be clear, we’re not saved by works, we’re saved by grace – but our belief in Christ will prove itself to be genuine or not.

It’s not possible for a Christian to want to practise a sinful lifestyle.

Sure we all fall, need to repent, get up and continue to follow Jesus… but practicing sin (like practicing soccer) and “improving” at it is different.

There are so many temptations around us that easily draw us in and “help us get better” at things we know are wrong. Especially on the internet and social media.

Prove your belief and confession by turning your back on these temptations.

There’s nothing that pleases a father more than having a clear relationship with his children. Don’t stay away. Come back – even if you’ve messed up.

… if you confess with your mouth the Lord Jesus and believe in your heart that God has raised Him from the dead, you will be saved.

Thus also faith by itself, if it does not have works, is dead.

…that they should repent, turn to God, and do works befitting repentance.