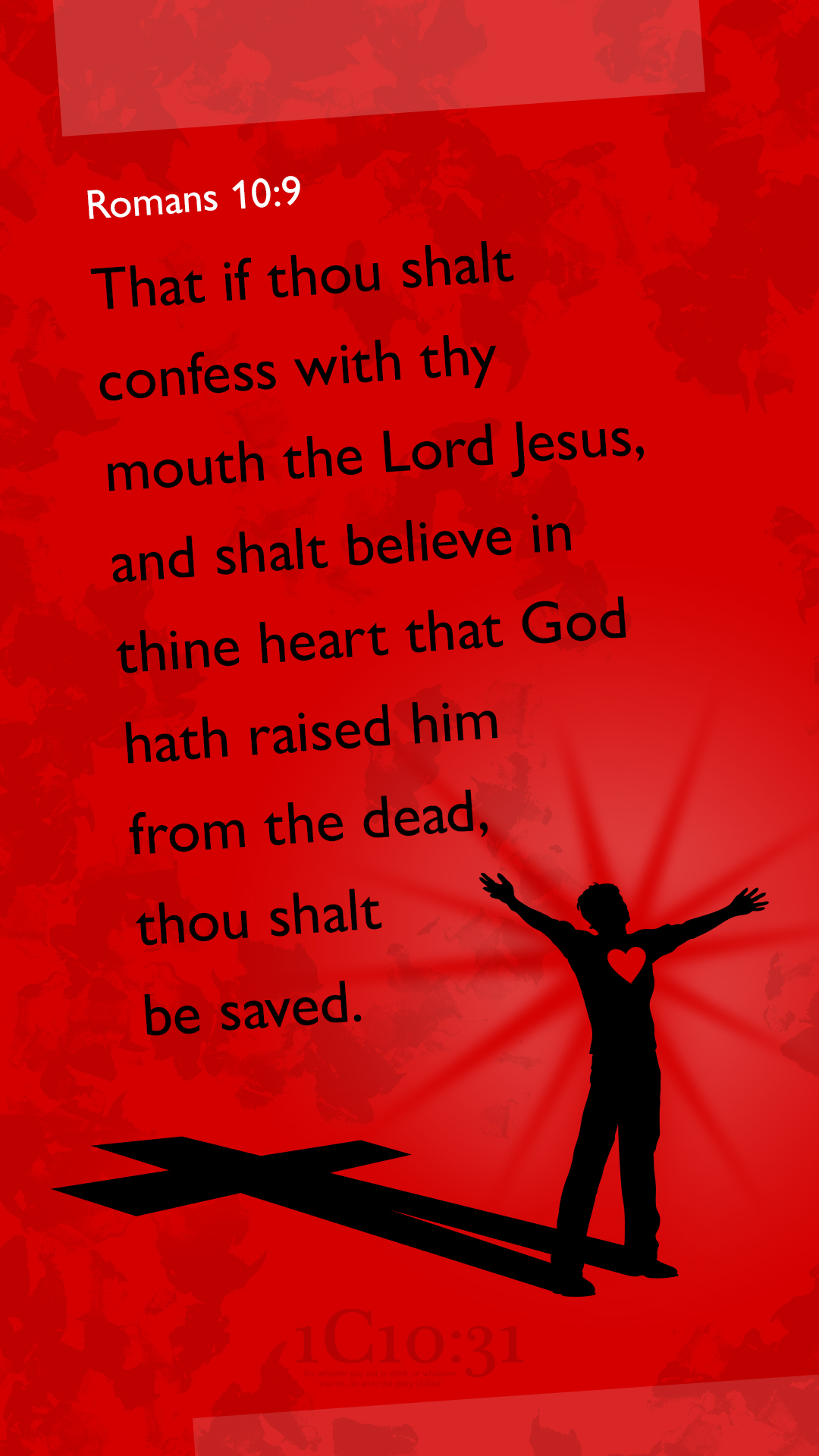 Acts 16:31
They said, “Believe in the Lord Jesus, and you will be saved, you and your household.”

Ephesians 2:8
For by grace you have been saved through faith; and that not of yourselves, it is the gift of God;

Mark 16:16
He who has believed and has been baptized shall be saved; but he who has disbelieved shall be condemned.

Romans 10:9
that if you confess with your mouth Jesus as Lord, and believe in your heart that God raised Him from the dead, you will be saved;

1 John 5:4
For whatever is born of God overcomes the world; and this is the victory that has overcome the world—our faith.

Romans 11:20
Quite right, they were broken off for their unbelief, but you stand by your faith. Do not be conceited, but fear;

Romans 11:23
And they also, if they do not continue in their unbelief, will be grafted in, for God is able to graft them in again.

John 3:15
so that whoever believes will in Him have eternal life.

John 3:16
“For God so loved the world, that He gave His only begotten Son, that whoever believes in Him shall not perish, but have eternal life.

John 3:36
He who believes in the Son has eternal life; but he who does not obey the Son will not see life, but the wrath of God abides on him.”

John 5:24
“Truly, truly, I say to you, he who hears My word, and believes Him who sent Me, has eternal life, and does not come into judgment, but has passed out of death into life.

John 6:40
For this is the will of My Father, that everyone who beholds the Son and believes in Him will have eternal life, and I Myself will raise him up on the last day.”

John 1:12
But as many as received Him, to them He gave the right to become children of God, even to those who believe in His name,

John 20:31
but these have been written so that you may believe that Jesus is the Christ, the Son of God; and that believing you may have life in His name.

Acts 10:43
Of Him all the prophets bear witness that through His name everyone who believes in Him receives forgiveness of sins.”

Hebrews 4:3
For we who have believed enter that rest, just as He has said,
“As I swore in My wrath,
They shall not enter My rest,”
although His works were finished from the foundation of the world.

Matthew 9:2
And they brought to Him a paralytic lying on a bed. Seeing their faith, Jesus said to the paralytic, “Take courage, son; your sins are forgiven.”

Mark 2:5
And Jesus seeing their faith *said to the paralytic, “Son, your sins are forgiven.”

Luke 5:20
Seeing their faith, He said, “Friend, your sins are forgiven you.”

John 3:18
He who believes in Him is not judged; he who does not believe has been judged already, because he has not believed in the name of the only begotten Son of God.

Acts 13:39
and through Him everyone who believes is freed from all things, from which you could not be freed through the Law of Moses.

2 Thessalonians 2:13
But we should always give thanks to God for you, brethren beloved by the Lord, because God has chosen you from the beginning for salvation through sanctification by the Spirit and faith in the truth.

1 Timothy 4:10
For it is for this we labor and strive, because we have fixed our hope on the living God, who is the Savior of all men, especially of believers.

1 Peter 1:9
obtaining as the outcome of your faith the salvation of your souls.

Luke 8:12
Those beside the road are those who have heard; then the devil comes and takes away the word from their heart, so that they will not believe and be saved.

Romans 9:32
Why? Because they did not pursue it by faith, but as though it were by works. They stumbled over the stumbling stone,

Romans 4:14
For if those who are of the Law are heirs, faith is made void and the promise is nullified;